Ageism as defined by Merriam-Webster is prejudice or discrimination against a particular age group and especially the elderly. While America at large would like to feel it has come a long way in

its discrimination of the elderly, studies suggest otherwise.

Colleagues from the Yale School of Public Health searched on Facebook for groups that represented the elderly. Of 84 groups with over 25,000 members created by 20- 29-year-olds, 75 percent of the groups severely criticized older people while 37 percent suggested banning them from public activities and 27 percent marginalized their maturity and experience by referring to them in child-like ways.

Americans are living longer and more robust lives into their 80s and 90s, in large part due to increasing awareness on the importance of diet and exercise. It’s estimated that by 2030, the 65 and over crowd will have increased from 13 to 20 percent of the population. But the vision we have as a society for our aging population has not kept pace with the recent trends. Age is still associated with a slow, shuffling gait and people that smell. It is depicted as something to avoid instead of honor, and the elderly are left feeling undervalued.

Societies that Honor the Elderly

In order to embrace what elderly people offer to our society, it’s important to look at cultures that honor and respect this age group. In Korea, respecting one’s parents and caring for the elderly is deeply rooted into their culture. Native Americans consider the elders the keepers of their history, the wise ones. In India, many families live in multi-generational housing and it is the elder that is considered the head of the household.

Nurturing a Positive Experience for your Parent

Prejudice can be incipient. Many would suggest they look on elder people with respect, but their actions suggest a different, possibly even subconscious, belief. You, as the family caregiver, can make a big difference in this area of your loved one’s life. Get together with family members and discuss how you want to envision your parent. Get feelings and beliefs out in the open so you can clear the way for a new perspective. Ninety percent of communication is non-verbal and the elderly are no different on picking up on these subtle cues. Changing your family’s story creates a strong impact on how your elder sees themselves.

If you or an aging loved one are considering caregiver services in Madison, FL, please call the caring staff at Hopewell In-Home Senior Care today at 850-386-5552. Providing Senior Care Services in North Florida. 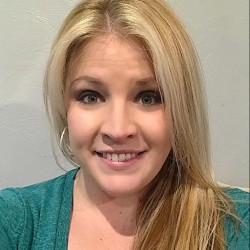